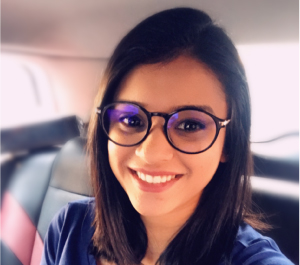 How the new era entertainment content is driving #EachforEqual

International Women’s Day (IWD), connects women across the globe and aims to inspire them to achieve their full potential not only on this day but every day.

This year’s theme globally for IWD is #EachforEqual. While we celebrate women’s rights and achievements at all fronts on this day, we should understand that stereotypes can be challenged and biases against women can be fought, if we all are in this, together. In equality is great power.

Gloria Steinem, world-renowned feminist, journalist and activist once explained “The story of women’s struggle for equality belongs to no single feminist nor to any one organization but to the collective efforts of all who care about human rights.”

Cinema and television has also seen the change with more and more content now being created around exemplary women characters showcasing great power and strength. Gone are the days when a male protagonist would save the damsel in distress and they would then live happily ever after. The times are changing now. Now women get their own crowns, settle them on their heads if something shakes them and then goes on to show more spectacular courage and heroism.

Relationships drive visual and written content.  Whether be it the work of Shakespeare or Jane Austen, Sophie Kinsella or Woody Allen, relationships have always appealed to content creators. But, from Little Women to Fleabag, Frozen and many other film, TV and theatre productions, in the recent times, there has been a drastic shift in showcasing women characters and their relationships. They are portrayed to be more powerful. There is a sense of compassion in sisterhood and female protagonists can be seen driving the plots alone.

Two of the stories from GoQuest’s catalogue also celebrates such powerful women characters – Lera from ‘The Policeman’s Wife’ and Polina from ‘Markuss’. They combat the life struggles without the gender bias affecting them, making them the heroes.

Lera from the show ‘The Policeman’s Wife’ is a caring housewife and a protective mother to her children. She gets broken and depressed when her kids leave the house after an argument with their father. Subsequently as the story unfolds, Lera finds out that her husband is corrupt, which leaves her no choice but to step up to save her family from disintegrating and succumbing to the situation. Being a righteous woman, she stands her grounds and also asks her husband to leave their home when he gets abusive. In this difficult time, she pulls herself to even starts her own business and braves her way to investigate cases to help people around and make their lives better.

Lera thus beautifully exemplifies woman power where a seemingly frail woman through her resilience and diligence breaks all the barriers and becomes the protector of her family and friends.

Polina from the show ‘Markuss’ showcases a fragile mother, separated from her child, Markuss, who gets kidnapped from kindergarten. After losing her son, she even goes through divorce. As life throws her difficult situations, Polina becomes more and more empathetic and compassionate about other’s problems. When she finds out about her missing son being alive in another country she fights all the odds to reunite with her son. She even empathises with the adoptive mother of her son- Lidia, another character portraying the true loving and giving nature of a mother. It is heart-warming to see a story of two mothers driven by their immeasurable love for their child and their strength to go to any extend to fight for their family.

Equality is therefore a thought that can unlock great potential amongst the genders. Women emancipation can be truly realised across the globe when each one of us understand the essence of it and give women their due respect and equal position in the various fronts in life, culture and work. Let us pledge for #EachforEqual.