A multigenerational drama set in the world of the Czech drug trade, Rats follows a young man named David (Cyril Dobrý) who, along with his best friend and business partner Rene, finds himself enmeshed in the Czech/Vietnamese meth syndicate. Manipulated into betraying Rene to cop Major Jan Blažek with both the mafia and police after him, David joins forces with Blažek’s partner Petra, becoming further entangled in the inner workings of the powerful, illicit industry along the way.

Rats, made in collaboration with the National Anti-Drug Centre of the Czech Republic (DEA), is based on true stories about the Czech drug trade that served as inspiration for screenwriter Miro Šifra and director Viktor Taus. With Rats marking their second collaboration, Šifra and Taus talk to TV Drama Weekly about expanding upon their source material and bringing it into the modern world, subverting the thriller genre and why Rats stands to be a hit with audiences beyond the borders of the Czech Republic.

Šifra and Taus first met when the latter served as producer on the former’s first feature script. This time around, both were approached by Czech TV to come on board the project. “I had a period of my life when I was addicted to drugs and was living homeless, and the producers thought that because of that, for some reason, I might be the right director for this kind of a project,” says Taus. “I didn’t have any intention of telling a story about drugs because I’ve already done that; I told my own story in that regard in my feature film debut. But after I read Miro’s script, I found the characters so fascinating, and the subject of the whole story was really appealing to me.”

“Rats is really not about drugs,” Taus adds. “I was fascinated by the characters and the consequences of drugs in terms of society. In my interpretation of Miro’s screenplay, I was thinking about those two worlds —the conflict between the traditional society and something that I call the startup society. That’s what got me really intrigued in the story and I fell in love with it very much due to Miro’s script.” Šifra’s challenge was taking the stories in the book by Czech National Drug Control Centre Co-Founder Jiří Vacek about the drug situation in the Czech Republic 20 years ago, when the Vietnamese drug trade had just started, and bringing them into the present day. His research involved getting more context about the local DEA and talking to those on the Vietnamese side of the trade. “The book was just the beginning; the characters are created by me,” explains Šifra, adding that he took the basic situation of a young man who becomes “a rat” and is trying to evade those who wish to crush him, and ran with it. “For me, it was more research and context and inspiration.”

“When I started to write the whole show, I thought that I was writing a typical crime TV show about a guy who is hunted down by the police,” he adds. “During the process, I realized that maybe we could subvert the genre. I think you also get a political drama. And their situation and dilemmas, this was something that I was trying to engage the audience in so that they can follow this mix of love, political drama and thriller.” Having been involved with drugs in his past, Taus was able to call upon his own experiences to inform how he tackled one episode in particular that goes inside a rehab. “It was really like sending love to the people that I knew who aren’t alive anymore,” he says. Outside of that, Taus followed the lead of Šifra’s screenplay. “I consider directing to be the art of interpretation and not the art of an author,” he says. “I was paying a lot of attention to creating the visual world of the story and hopefully making it in terms of visual language, to make the real subject, the real theme, to make it palpable to the way it is told visually.”

A part of visual storytelling is the movements of the actors on screen. With a background in theater, Taus
rehearsed a lot with the actors to develop their characters, down to how they move. “We had a six-month period that involved the background of the characters, the way they hold their bodies and finding everything that cannot be expressed through dialogue,” he says. “I did my best to make the characters fascinating and to create characters that would be fascinating enough for the audience to want to spend time with them.”

Communicating with the audience, for Taus, also means that sometimes factual accuracy is less important than whatever needs to be conveyed. “I’m not interested in, How does the police station look in real life? I’m not shooting a newsreel,” says Taus. “To me, it’s always trying to find the archetypal meaning of the place, wherever the scene takes place. Then, when I enter this world with the camera, I try to be as natural and real as possible.” This was particularly true when it came to lighting scenes. “I practically used no lighting. I invested a lot of time in finding the location that had the perfect lighting from God. Then me and my actors adapt to whatever God creates for us. [Laughs]”

In terms of setting the tone for Rats, Šifra was keen to make it appealing to both younger and older audiences. “It was important to me to speak to two generations,” says Šifra. “I wanted it to be a little bit more cynical for the younger generation—the YouTube generation, Netflix generation—and to not be judgemental. But at the same time, I wanted to talk about the drugs for the main audience of Czech TV. I was trying to find a balance between these two generations and for it to be for both of them.” “I was trying to tell the story of the personal responsibility,” explains Šifra. “The main character is talking about how everybody is making their own choices.”

Taus adds, “David’s story, to me, is the archetypal story of the kid that leaves home in order to find happiness in the world, which is obviously a wrongly interpreted myth because you don’t enter the world in order to find it. Happiness is home. You go to the world to find experiences. I was trying to emphasize the archetype of it and shooting it in a very contemporary language that would be accessible to the younger generation and to the older generation as well.”

Not only do Šifra and Taus believe that Rats has cross-generational appeal, but also cross-border appeal. “The thing about meth and the Czech drug scene is that you can find these drugs all around Europe,” says Šifra. “We are like the number one producer in Europe. At least for the European audience, it’s interesting to see where all these drugs are coming from and what are the basic situations in which these drugs are produced. From a worldwide perspective, I think they will find some interesting thrill from the middle of Europe, how the characters achieve their goals and find their happiness, and are they really all bad?” “I believe that the screenplay that Miro wrote is almost an anthropological insight into the reality of Czech society these days,” says Taus. “At the same time, I believe that it’s a story that can be understood all around the world. I very much hope that it will travel.” 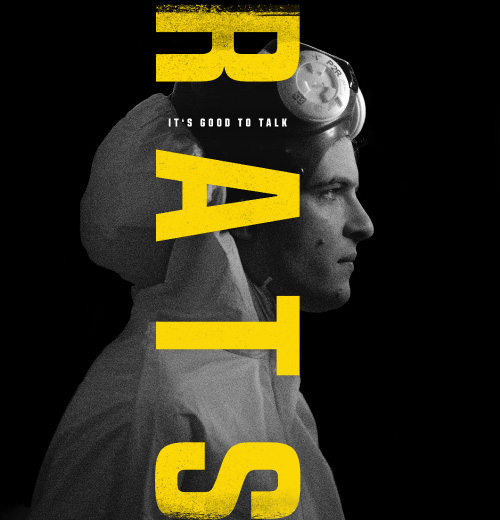 TELL ME WHAT YOU KNOW