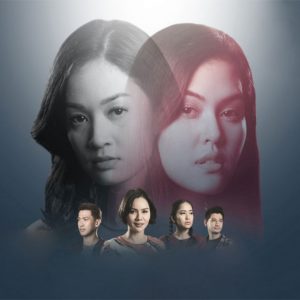 The remake entitled, Bawang Putih Berkulit Merah, is produced by Verona Pictures and cinema production house ANTV Pictures, a subsidiary of Visi Media Asia. The show which premiered in January on ANTV with an initial run time of 95 x 40’ is proving to be a success, receiving an extremely good response from Indonesian audiences.

“We have had more than five years of partnership with GoQuest and are glad to collaborate again on this entertaining scripted series. Doing a format adaptation is not easy as we have to do several adjustments to make it work for our audiences. Their vast catalog of stories and the understanding of our requirements helped us find a good and unique story for ANTV. We are really happy with this collaboration and look forward to working on more such projects soon” said Gunawan Goony, Acquisition and Distribution Senior Manager, ANTV.

Jimmy George, Vice President Sales & Acquisitions at GoQuest Media added, “We are extremely excited to have secured our first remake deal with ANTV. This is a big step in the right direction for GoQuest especially as it is in line with our strategy for the year, where we aim to focus our efforts towards scripted formats. This latest pickup shows that Ruby Ring continues to resonate internationally even after its first success in 2013”.

Ruby Ring is a fascinating story of two sisters, Anna and Yana, whose lives change drastically by events that alter their destiny, putting them at a vital crossroads of their lives in conflict with each other for the perfect life.

As they travel together, with Anna heading to her wedding rehearsal and Yana on her way to an audition, their car crashes leaving them unconscious with serious injuries and mutilated indistinguishable faces. At the time of the accident and as a coincidence Yana was wearing her sister’s ruby ring and hence is assumed to be Anna. Having recovered, envious and ambitious Yana decides to play along with the mistaken identity and lies to take away everything her sister has: her face, her love and her life. While Anna is determined to regain what rightfully belongs to her, Yana fights for the happiness she has stolen from her sister.